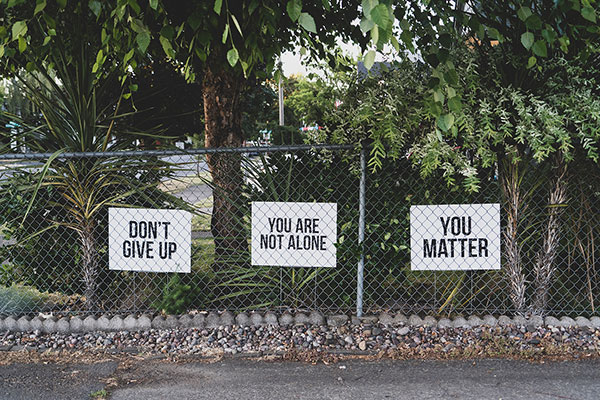 What You Need to Know: How Buprenorphine Helps Treat Addiction

Every day, an estimated 128 people in the US die after an opioid overdose.

Addiction is considered a chronic disease. The good news is, with dedication and the right course of action, addiction is treatable.

For opioid addiction, one successful option is medication-assisted treatment (MAT) like buprenorphine. Combined with therapies and a determination to get clean, buprenorphine is highly successful in helping those addicted to opioids rehabilitate.

Keep reading to learn more about buprenorphine and how it treats addiction.

Buprenorphine is a semi-synthetic opioid (meaning it is created in a laboratory) derived from the alkaloid thebaine found in the poppy species Papaver Sominerferum.

Buprenorphine was created to treat pain. Today, it’s also used to treat opioid addiction. It’s a form of MAT that works by:

This treatment is available by prescription and even for take-home use.

How Does Buprenorphine Help Treat Addiction?

In October 2002, the Food and Drug Administration (FDA) approved buprenorphine for clinical use. When MATs like buprenorphine combine with other traditional approaches to addiction treatment, such as counseling and cognitive behavioral therapy, they offer a whole-patient approach to opioid addiction and opioid use disorder (OUD) that can be extremely effective.

For many people misusing or abusing opioids, one of the most difficult parts of getting and staying clean has to do with the withdrawal. That’s true even if the patient has psychologically committed to their recovery. Withdrawal takes a physical toll that can be both painful and unpleasant.

Just trying to stop “cold turkey” isn’t recommended, as withdrawal from some opioids can be life-threatening. Even in situations where it’s not, the discomfort of withdrawal often causes patients to return to using to ease their symptoms.

Buprenorphine works by helping to mitigate cravings and the symptoms of withdrawal from opioids. Without that constant discomfort, patients can actively engage in their counseling and therapy. This gives them a chance to put into practice the tools they learn and develop healthy patterns of behavior.

The first step we take at Bright New Beginnings is conducting an opioid dependency diagnosis. Our trained medical personnel will also ensure that patients are free of any health conditions that may conflict with this treatment and aren’t taking any medications that might cause buprenorphine interactions. And, of course, the ideal candidate will be willing to follow the treatment plan we prescribe.

Buprenorphine is actually the generic name of this medication. In treatment centers and in speaking to your doctor about it, buprenorphine may be referred to under any of its brand names: two of the most well-known of these are Suboxone and Subutex, though there are many others. We’ll describe the differences between the two most common buprenorphine treatments and tell you a bit about what other types are available.

Suboxone and Subutex were both approved by the FDA in October 2002 for the treatment of opioid dependence. They share the same active ingredient, buprenorphine. However, whereas Subutex is buprenorphine hydrochloride, Suboxone is buprenorphine naloxone.

Subutex is a brand name for buprenorphine hydrochloride. It’s a sublingual form of buprenorphine, meaning it’s dissolved under the tongue of the patient.

Suboxone, on the other hand, is the brand name for buprenorphine combined with naloxone. It’s also a sublingual buprenorphine pill, but the addition of naloxone helps discourage users from abusing the buprenorphine.

Without the addition of naloxone, it’s possible for users to misuse the drug to experience the effects of a high. Including naloxone in the formulation works to stop this abuse because this drug is an opiate antagonist. (An antagonist is a medication that binds to the body’s receptors without activating them, instead decreasing the receptors’ ability to be activated by other agonists.) If a user misuses the drug, they will feel the immediate and intense symptoms of opiate withdrawal.

Suboxone is more recently available as buprenorphine and naloxone sublingual film. The use of film makes it even more difficult to abuse.

Both of these medications are effective for the treatment of opioid dependence and there’s no evidence that one is better than the other. This holds true as long as they’re used as prescribed and with medical supervision.

Other Types of Buprenorphine

Belbuca is another form of buprenorphine for pain. It comes in the form of a sublingual film, like Subutex and Suboxone.

The film goes on the inner lining of the cheek. It treats both acute and chronic forms of pain.
In 2016, the FDA approved a type of buprenorphine patch different from what was available until that point. This buprenorphine transdermal patch is placed under the skin of the user. Over the course of six months, the patient receives a steady dose of buprenorphine.

Finally, Bunavail and Zubsolv are two other brand names. They contain a smaller buprenorphine dosage than Suboxone or Subutex. These act as maintenance therapy when a patient is slowly weaned from Suboxone.

However, if the medication is taken as prescribed and under medical supervision, buprenorphine is considered safe and effective.

Among some of the common buprenorphine warnings is the potential for addiction. However, when compared with other opioids such as oxycodone or heroin, buprenorphine:

This is because drugs like heroin are full opioid agonists whereas buprenorphine is a partial opioid agonist (Partial agonist opioids activate the opioid receptors in the brain, but to a much lesser degree than a full agonist. Buprenorphine is an example of a partial agonist. An antagonist is a drug that blocks opioids by attaching to the opioid receptors without activating them.) Although it produces similar effects to other opioids, they aren’t as intense as those other drugs, and neither is buprenorphine withdrawal. It’s this property that lowers its potential for abuse and addiction.

In addition, buprenorphine creates what’s known as a ceiling effect. That is, as a user increases dosage, the effects eventually reach a plateau.

In other words, the euphoric effects reach a point where they don’t get any more intense. This is in sharp contrast to a drug like heroin, where users build tolerance and constantly need to increase their dose to experience the same effects.

With that said, it is possible to abuse buprenorphine because of the opioid effects that it has. That’s especially true in patients that don’t have an opioid dependency.

Indeed, buprenorphine is considered a safer method of treating opioid dependence than methadone.

Because of the higher likelihood of abuse, methadone must be given to patients in highly structured methadone clinics. Buprenorphine can be prescribed as a take-home treatment, and it’s the first medication for treating opioids with that designation.

If you or someone you love is currently taking methadone treatment for their opioid addiction, it’s possible to make the switch to buprenorphine. And, of course, any opioid treatment or MAT, in general, should always be given alongside a whole-patient treatment that also includes therapies and counseling.

Buprenorphine Doctors Near Me

Buprenorphine is a safe and effective MAT for opioid addiction. It has minimal side effects, a variety of types, and a very low chance for abuse.

That’s especially true if it’s administered alongside counseling and therapy in a comprehensive whole-patient approach. By minimizing cravings and withdrawal symptoms, patients can participate in their recovery with more focus and a decreased likelihood that they’ll return to using.

If you or someone you love is suffering from opioid dependence, there are solutions. Contact us to find out about our approach to treatment and how you or your loved one can benefit.

To start on the road to recovery or to find out more, call Bright New Beginnings now. Don’t spend another day wishing you could do something. You can.

At Bright New Beginnings, our top priority is always the safety of our staff and patients. With so much current attention on the Novel Coronavirus (COVID-19), we want to reassure you that we are taking every measure possible to ensure your experience with our staff and doctors is clean and safe to ensure the best care possible while decreasing the chance of spreading infection.

We wanted to provide an update to our patients about upcoming appointments, what we are doing to keep you safe, and a few precautionary measures you can take during this time.